After registering, you will receive a confirmation email containing information about joining the meeting.

This meeting will launch British journalist Steve Sweeney’s exclusive report into Turkish war crimes in Iraqi Kurdistan which has seen the alleged use of chemical weapons on both guerrilla fighters of the Kurdistan Workers Party (PKK) and civilians.

Turkey launched the cross-border Operation Claw Lightning on April 23, 2021 in what it claimed to be a military offensive targeting the PKK in its bases in the Avasin, Metina and Zap mountains – known collectively as the Medya Defence Zones.

But it met with fierce resistance from the PKK fighters, failing to make the anticipated progress. This led to a change in tactics and in May the first reported incident of the use of chemical gas in guerrilla tunnels appeared in a report in the Morning Star newspaper.

The news went viral leading to the Peoples’ Democratic Party (HDP) to call for a commission of inquiry to be established by the Turkish parliament to investigate the claims.  This was predictably dismissed with the request deemed to be insulting by the speaker of the house.

Since then increasing numbers of chemical attacks have been documented, with the PKK claiming more than 300 such cases with at least 40 of its fighters having been killed since Turkey’s bombing campaign began.

The Christian Peacemakers Team (CPT) has also investigated the allegations reporting that farm workers in the village of Hirure were exposed to unknown chemical weapons or white phosphorus.

Steve smuggled into the affected areas where he met with villagers who told him of their experiences and gave testimonies regarding their alleged exposure to chemicals during Turkish mortar attacks. He will share these powerful statements in the meeting.

Steve also spoke with medics in the region who said they treated civilians for the effects of a chemical attack only to have their reports seized by Kurdistan Democratic Party officials who forced them to alter the original findings.

Despite the growing evidence the international community has refused to condemn the attacks and has even expressed doubts over the veracity of the claims. The British, German and Italian governments are among those that have been made aware of the allegations as have their respective consulates in Erbil, although no action has been taken.

The Organisation for the Probation of Chemical Weapons – which oversees compliance with the 1997 Chemical Weapons Convention – has ignored numerous letters written by Kurdish officials and despite numerous requests refuses to send a fact-finding delegation to the region.

Steve has collected samples from the ground but there is a lack of willingness to test them. He will lead a delegation to the region in February where they will meet with key political figures and international institutions to raise their concerns and report on their findings.Turkey’s use of chemical weapons is just one part of the story. The expansion of its occupation has seen the construction of around 85 military bases linked by a road network and a military air base from where drone strikes are launched to terrorise the local communities.

This has also coincided with the resurgence of Isis in the contested areas of Iraq where it has launched sporadic and deadly attacks leading to many deaths and the evacuation of villages for the safety of civilians. Turkey is also accused of war crimes including the bombing of the un-administered Makhmour Refugee Camp and a hospital in the Yazidi region of Shengal in which four health workers were killed.

The aim of this meeting is to increase pressure on world bodies, including the OPCW, the United Nations and Nato to fulfil its obligations and hold Turkey to account for its actions, which amount to war crimes. 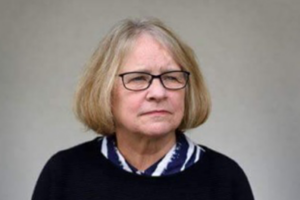 Lindsey German is a socialist writer and campaigner. She is the convenor of the Stop the War Coalition, which she helped to found in 2001. Her campaigning activities include support for anti-colonial movements, women’s rights, trade union issues and opposing war. She has written extensively, produces a weekly briefing for Counterfire, and her books include several on women and co-authorship of A People’s History of London. 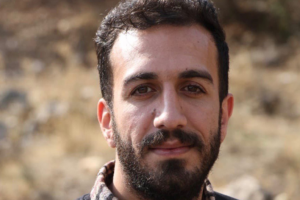 Kamaran Mala Osman is a civil rights activist and a member of the Christian Peacemaker Teams – Iraqi Kurdistan. He co-founded Pioneer Youth Board Organisation for Basic Rights and has also freelanced for over five years as a journalist and reporter for multiple independent media outlets.

He holds a bachelor’s degree in Manufacturing Engineering. 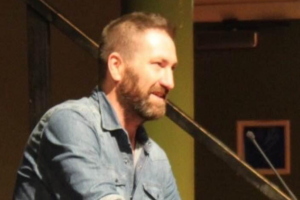 Steve Sweeney is the international editor of the Morning Star newspaper and author of the forthcoming book Bashur: Kurdish Resistance Movements in Iraqi Kurdistan.

He has documented Turkey’s expanding military occupation and war crimes in Kurdistan. Steve is the only western journalist to have entered the areas under Turkish bombardment, meeting with villagers, medics and those affected by the alleged use of chemical weapons.

He has also spent time in Makhmour, Qandil and Shengal. 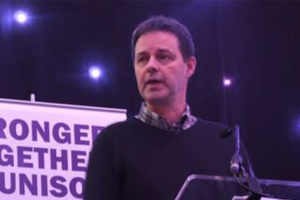 Stephen Smellie is the Depute Convenor of UNISON Scotland and a member of UNISON’S NEC. He is a co-chair of Scottish Solidarity for Kurdistan and the trade union liaison officer of Peace in Kurdistan.