Understanding the Kurdish movement in Turkey and its political demands

This online talk focused on two recently published books on the Kurdish movement in Turkey: Fréderike Geerdink’s This Fire Never Dies – One Year with the PKK (Leftword Books, 2021); and Dr Hanifi Baris’ The Kurdish Model of Political Community: A Vision of National Liberation Defiant of the Nation-State (Lexington Books, 2021). Fréderike Geerdink is a journalist from the Netherlands who has covered Kurdish political developments since 2006. Dr Hanifi Baris is a Leverhulme Early Career Fellow at the University Aberdeen. The meeting was chaired by Dr Cengiz Gunes, who is an academic specialising in Kurdish politics.

Dr Gunes introduced the speakers and asked each speaker to provide an overview of their book and its main findings. The first speaker was Fréderike Geerdink, who began by discussing how and why she decided to write the book. She said her decision to write the book was not a usual one, but it was a very obvious thing to do for her. She had been covering Kurdish politics in Turkey for a long while, and in 2015, she was expelled from Turkey. She was living in Diyarbakir Diyarbakir, the main Kurdish city in Turkey, when she was expelled from the country and moved there in 2012 to research and write her previous book, The Boys are Dead: The Roboski Massacre and the Kurdish Question in Turkey(Gomidas Institute, 2015). She said her journalism brought her under the attention of the Turkish state. She was the only foreign journalist based in Diyarbakir. She was writing for the Dutch media and writing a column for a Turkish news website Diken.com.tr and published in English language media. In September 2015, she was deported from Turkey and in November 2015, she went to Qandil Mountain in Kurdistan Region of Iraq to interview Cemil Bayik, a leader of the PKK. She wanted to stay in the Qandil region and searched for ways she could do that. That is when she thought of the idea of staying with the PKK (Kurdistan Workers’ Party) for a while and write a book about her experience. She wanted to write as freely as possible, talk to ordinary fighters about anything she wanted, and write in a journalistic way, which the PKK accepted. The PKK did not interfere in her work or ask anything about her observations. She later realised that the PKK is a very self-confident movement, and she always felt free to ask anything and never shied away from any topic.

Geerdink said that the world that the PKK has created is very different, and her one year spend with the movement has allowed her to detach herself from the world she came from. One of the main difficulties was as a journalist, she is used to following the news and events. She could not do that while she was with the PKK and discussed how she heard about the attempted coup in July 2016. She could not get much information about it and wanted to know the reaction of the PKK members she was staying with, but they seemed disinterested in the news and focused on their tasks. Geerdink thought this told something about the world the PKK members were living in – they heard the news, but it was not so relevant for them as it did not impact the task they were doing. She also said the PKK’s ideology is very different. She was able to stay for a year, which helped her connect with the individual fighters and talk about their dreams and motivations. The conversations she had with PKK guerrillas made her realise that although the PKK was an armed group, it was not only about weapons. The weapons were needed for self-defence, but the more significant aim was about building a different society. The KK fighters thought that every living being had a right to self-defence, and they had weapons to answer the state’s violence. They are trying to build an alternative in every way. One of the themes she talked about the PKK fighters was revenge, and they did not have a violent conception of revenge. Everything they did was about revenge – they learned the Kurdish language and history because it was banned by Turkey, and by learning it, they were taking their revenge. In her book, Geerdink tries to take her readers to the different world the PKK created.

Dr Baris said that in Turkey, people often ask the rhetorical question, ‘What do the Kurds want?’ However, this question is rarely asked to the real addressees. Also, depending on who is asking the question, it could mean ‘What else do the Kurds want?’ He claimed that the Kurdish movement in Turkey, apart from between 1980 and 1990, remained distant to nationalism and nationhood or state-building. In 2005, they developed a stateless model and declared it to the public. Many studies and public opinion polls demonstrate that most Kurds would not mobilise for building a nation-state. He said that the main Kurdish movement in Turkey and most of the Kurds have a negative view of nationalism and nation-state. However, much of the academic literature on the subject at the time he was doing his research labelled the Kurdish movement as nationalist. Now people are better informed about the goals of the Kurdish movement. Writing his book was his way of contributing to the discussion on constitution-making and Kurdish politics in Turkey and how the constitution’s framers should accommodate Kurdish political demands.

Dr Baris expanded on the negative perception of nationalism among the Kurds and said, at first glance, it was something incomprehensible. He said the idea of a nation-state is so prevalent globally, and it reduces the stateless model of the political community to an anomaly and something unthinkable. According to the constitution of Turkey, nationalism is a constitutional principle, and the state is sacred for the majority of citizens of Turkey. A stateless model of political community in Turkey is not seen as a realistic option. He then went into explaining the dominance of academic scholarship by Eurocentric, colonialist and statists approaches. He illustrated this claim by giving examples from nationalism studies and argued that two assumptions dominate it. First, founding a nation-state depends on the emergence and development of a nationalist movement. The second is that the ethnicities that developed a national consciousness early enough have established their nation-state. This assumption Dr Baris said leads to the following questions: ‘What’s wrong with the Kurds, and why haven’t they developed their nation-state?’ He then went into explaining how this had become a significant question in Kurdish studies. He summarised some of the answers that researchers have offered to this question and highlighted four of them: first, Kurdistan’s geography being rugged and mountainous; second, the social and political fragmentation in Kurdistan preventing the emergence of a Kurdish nation-state; third, a lack of national consciousness in Kurds; finally, social, and economic ‘backwardness’.

Dr Baris said his book asks a more specific question to a more proper addressee. He initially focused on the existing models of autonomy and tried to find which model of liberal multiculturalism would suit the Kurdish situation best. Later, he modified his question to ‘What does the Kurdish liberation movement want to accomplish and tries to establish?’ He said, in the book, he clarified certain misunderstanding in the literature and discussed some of them in detail. He said the book’s central thesis is that Kurdish politics tries to go beyond the majority-minority distinction. The Kurdish movement in Turkey tries to establish an alternative model of political community, and this model positions itself against territorial and parliamentary sovereignty, against the nation-state and representative democracy, and exclusive citizenship based on identity. The model also tries to replace institutions of sovereignty with those of autonomy. It promotes a direct and semi-direct system of autonomous councils at local, municipal, provincial, regional, national, and transnational levels. The model is a pluralist system of political communities that rely on residency and not identity.

The event continued with further questions from the audience. 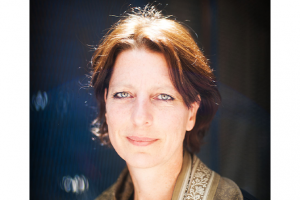 Fréderike Geerdink is a journalist from the Netherlands who focuses on power structures and those who want to tear them down. She was based in Turkey between 2006 and 2015, the last couple of years as the only foreign correspondent based in Diyarbakir. She was expelled from Turkey in 2015, after which she decided to join the PKK for a year to write a book about the organisation, which was just published in English as ‘This Fire Never Dies‘. In 2014, she published the book ‘The Boys Are Dead‘, about Roboski massacre. She publishes for a wide range of Dutch and English-language media and has a weekly column on MedyaNews. Follow her on Twitter. 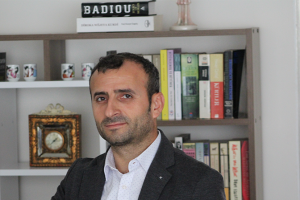 Dr Hanifi Baris was born in 1978. He studied law for his undergraduate degree at Başkent University in Ankara, Turkey, and sociology for his graduate degree at Master of Arts in Inter-Asia NGO Studies (MAINS) at Sungkonghoe University in Seoul, South Korea. He studied constitutional law and political theory as a postgraduate scholar at Centre for Citizenship, Civil Society and Rule of Law (CISRUL) at the University of Aberdeen in Scotland, UK. He obtained his PhD in 2018. He is currently the Leverhulme Early Career Fellow at CISRUL, the University Aberdeen. Dr Baris practiced law as a private attorney in Istanbul, Turkey, for about 8 years between 2004 and 2019, with a focus on human rights law. He also worked at the Grand National Assembly of Turkey as a legislative consultant for a short period before taking up his current post. Dr Baris has been a member of Board of Directors at the prestigious non-governmental organization Toplum ve Hukuk Araştırmaları Vakfı (Foundation for Society and Legal Studies) in Istanbul since late 2018. 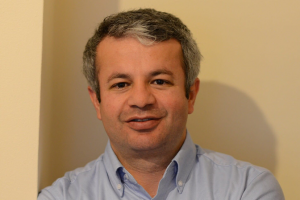 Dr Cengiz Gunes has extensive research experience and is the author of several key publications on the rise of the Kurdish national movement in Turkey, the transformation of Kurdish politics in the Turkey, Iraq and Syria, the impact of the rise of Kurdish political actors and entities on the politics and international relations of the Middle East, the evolving new security landscape in the Middle East, and dynamics of and challenges to the political representation of Kurds in Turkey since the 1960s. He completed his PhD in 2010 at the Government Department, the University of Essex, UK. He is currently an Associate Lecturer and an Honorary Research Associate in Politics at the Open University, UK.